Author of The Knightmares 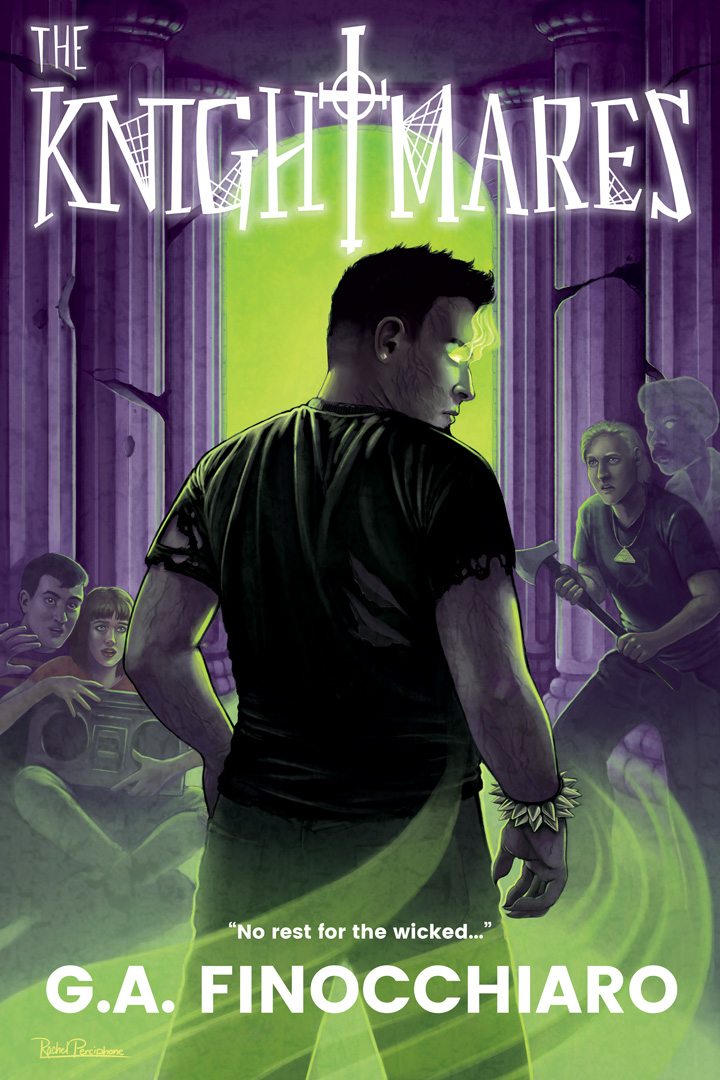 Mike Graves and his pals love burgers, banter, and comic books. They don’t have a care in the world until an evil warlord from another dimension threatens to tear those bonds of friendship apart. Now it’s up to Mike and his best pals to stop it.

As if college wasn’t tough enough.

The Knightmares is a spooky comedy filled with heart, big laughs, and genuine scares. Plunge into a world of ghosts, pirate treasure, monsters, alien gods, alchemy, and exorcisms with a motley crew of unlikely heroes.

"Equal parts Buffy The Vampire Slayer, The Goonies, and the entire horror section of a 1999 Blockbuster, The Knightmares delivers an addicting mix of adrenaline, humor, horror, historical fiction, and friendship. A must read for every dark and urban fantasy fan.

—C. Brennecke, author of Seven Shards: The Colors of Wine

“The Knightmares is an exciting, fun, and creepy adventure. With a cast of unique characters set in a pop-culture eerie world, Finocchiaro has crafted a fast paced comedy filled with both laughs and frights.”

—Jamison Stone, author of Rune of the Apprentice

Goodreads reviews for The Knightmares

Below are links to various press and interviews for The Knightmares.

Interview with In The Coming Time

Available at these online retailers: